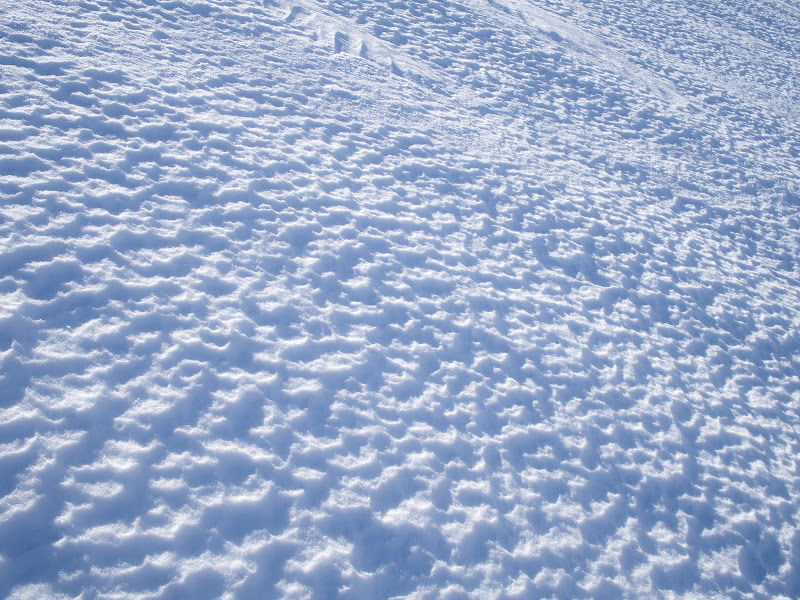 Made the descent from East col SCARY. It was an out of control slide where keeping your feet under you was ridiculously hard. 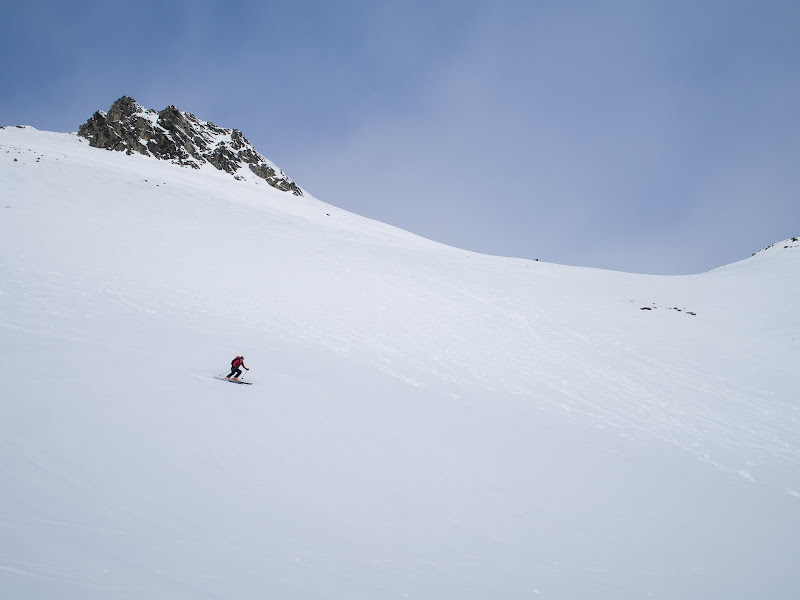 So we down climbed the fun stuff (I was tempted to ski it, but it likely would have ended in something broken) 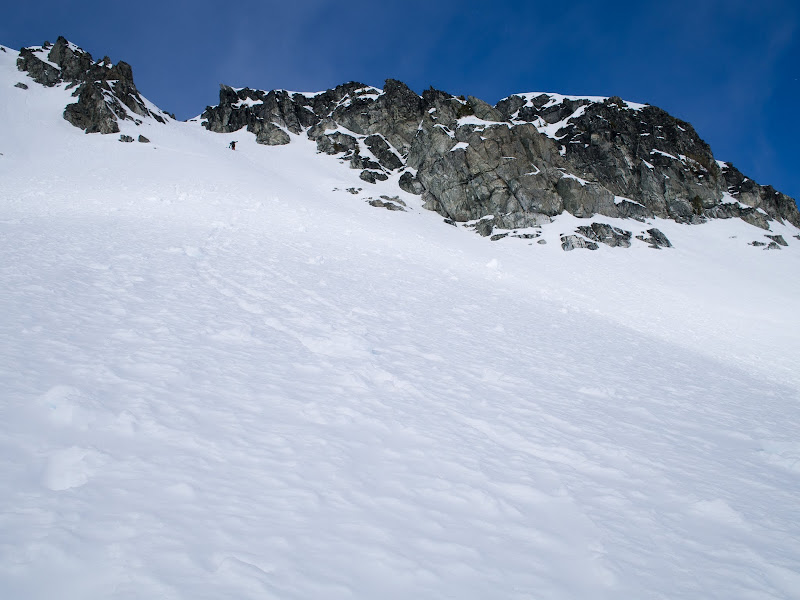 But it looks so good from far away 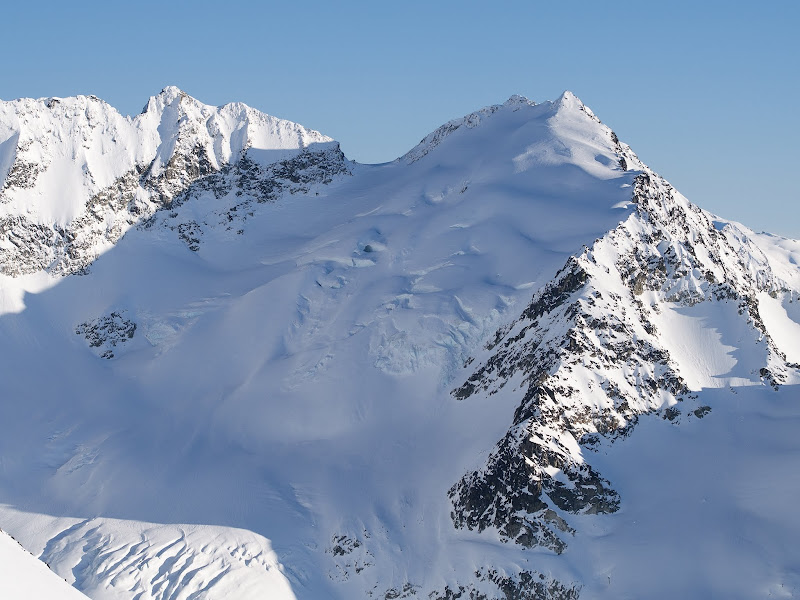 And I finally convinced someone to go far enough away from home that we had to return in the dark. I swear people have become afraid of the dark. 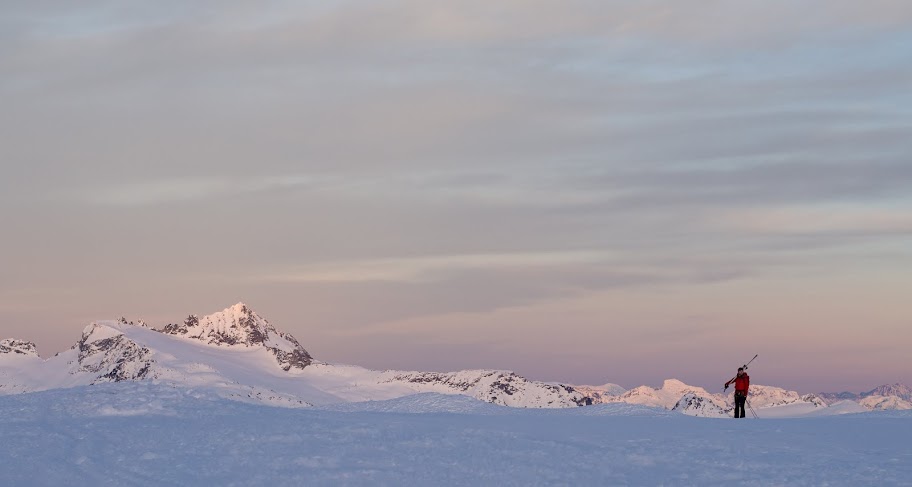 I'm struggling to comprehend how anything is going to stick to that layer. It was probably the hardest snow I've ever had to edge into. The ice at the resort on the way back was easier to do turns on. It didn't even soften in the afternoon sun (it was barely below 0)! Need some better solar angles. I don't understand how it didn't soften... so confused.
Top

Le Muir was quite stiff this weekend as well.

But les chutes were creamay! 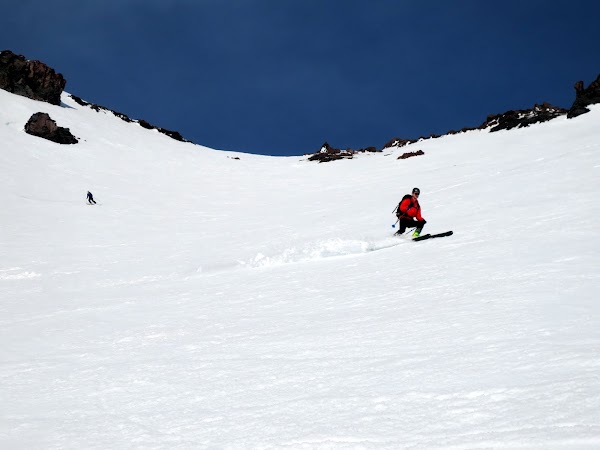 Where were you skiing (and not skiing), Alex? I recognize Macbeth but other than that it's not clear to me.

We got some pow, 14" last weekend at Ski Santa Fe.
Top

Holy crap Huevon! I guess it's not normal that Paradise is open at this time of year? The hordes are frighteningly large. But I am envious of the corn. We had corn crystals, but they were frozen solid and didn't soften at all.

And Sky. Standard Spearhead Traverse route. First pic is skiing down east col after our frightening side "slip" / traverse (rocks are the ones off of Blackcomb summit). Then we cramponed up Decker, then cramponed down the other side (the little mini couloir leading to the Trorey Glacier), then skinned up to the S shoulder of Pattison, then up to a sunny ridge N of Tremor in a feeble attempt to find soft snow (no luck). We reversed and came back on the S side of Decker hoping for soft snow (more no luck). It was actually blue ice on the south side of decker... freakishly blue in the late evening light.
Top

Kinda skiing: This was the desirable angle of the day. Turns still sucked. 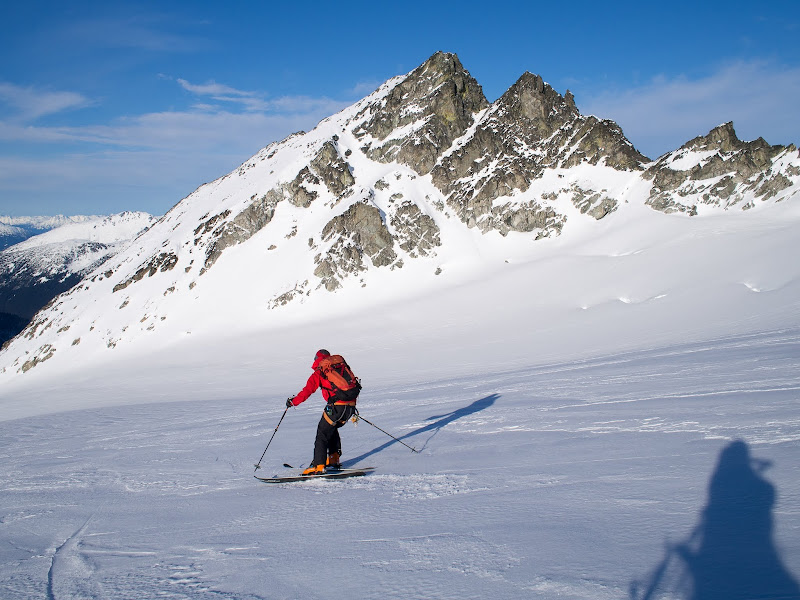 This season officially sucks (in the PNW).
Top

It's not that bad PeteH. You just need running shoes to get to the snow. Come drink some optimism kool-aid up here.
Top

Alex, you're old enough to be a crusty curmudgeon by now.

But I'll go for a hike with you one of these days if you come to the high desert.
Top
Post Reply
8 posts • Page 1 of 1