Just kidding, I'm not aware of any sick lines in Oz mate. (Surprise me?)

Not much swell in NSW around summer either apparently,

Which is fine, because I'm here to post pretty climbing pichers for stoke 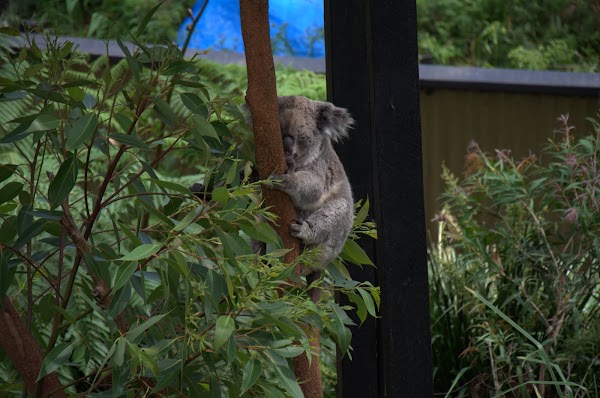 First stop, Blue Mountains, birthplace of Aussie cragitude and now hailed as some kind of boutique coffeeshop climbing experience. We took the train to Blackheath and were promptly taken in by nice family there at their bucolic country home. We climbed a couple of old classics at "Piddo," watched some storms, and then went bushwalking (not to be confused with bushwhacking). 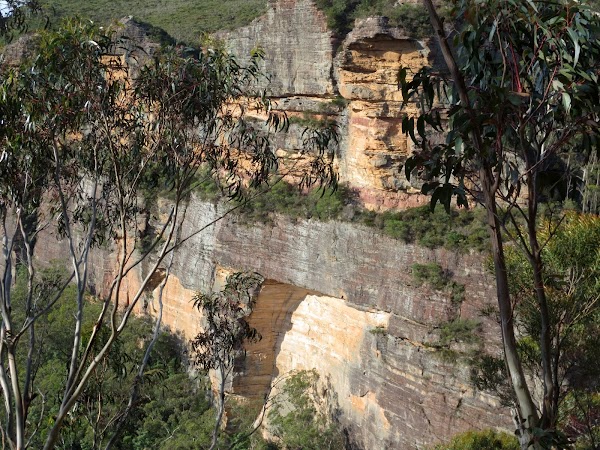 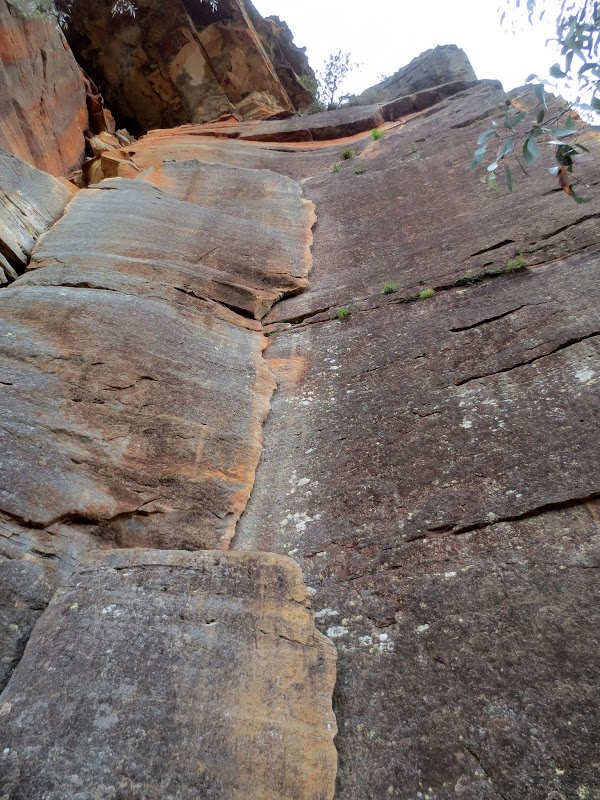 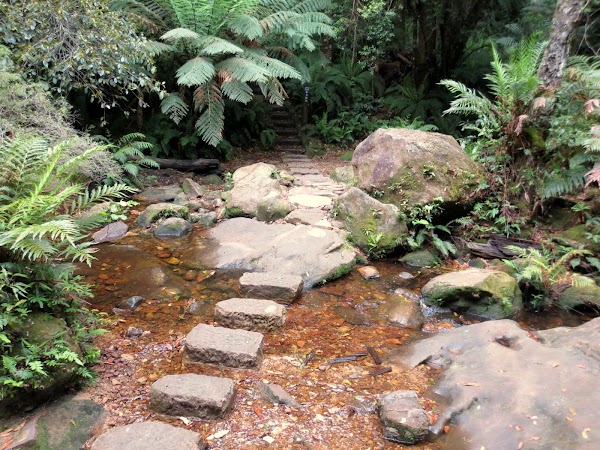 Next we drove up the coast. One highlight of this leg was the leeches. 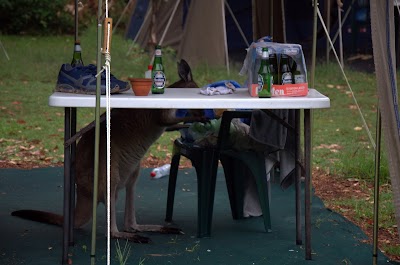 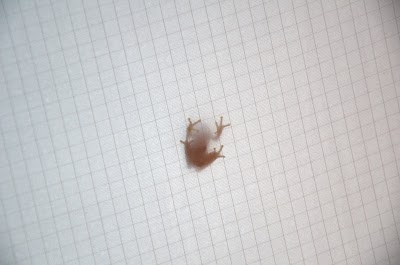 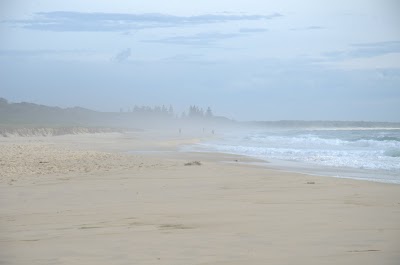 We threw down on a dive boat trip out of Cairns, and lucked out with perfect calm sunny weather. Very beautiful! 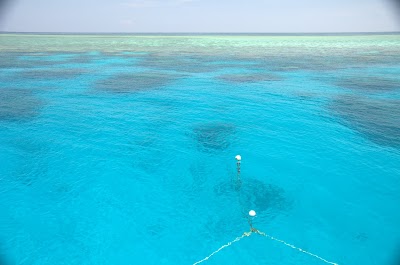 Then we flew to Tasmania for a small tasting of the stunning seaside cliffs. 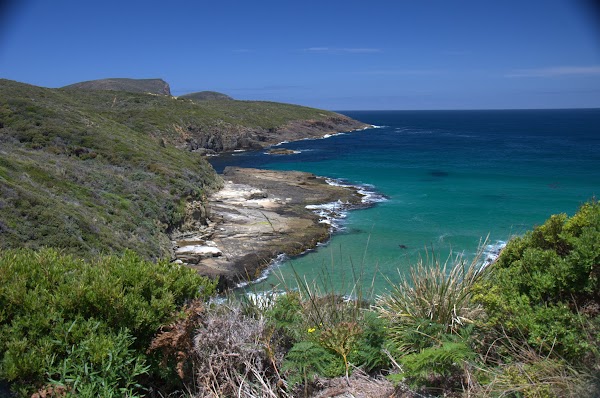 Mount Brown offers the greatest amount of established seaside climbs, the best of which involve committed rappels down the routes with no escape besides sending (or a long, cold swim.) 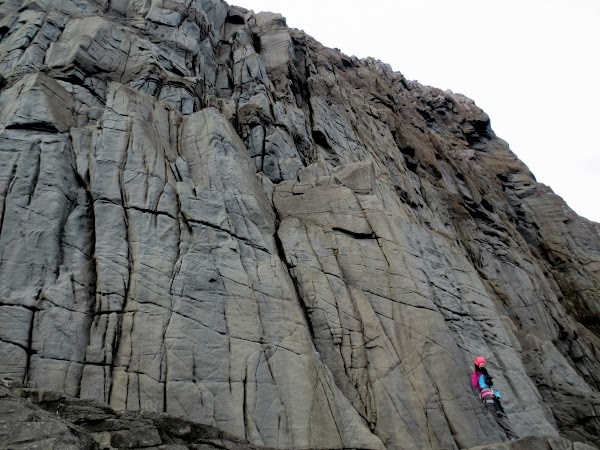 "Psychoman" (3p 21). Not sure what's up with the white scar section but it ain't easy. This is a good route with some stiff face moves and cool fingers dihedral lieback section. 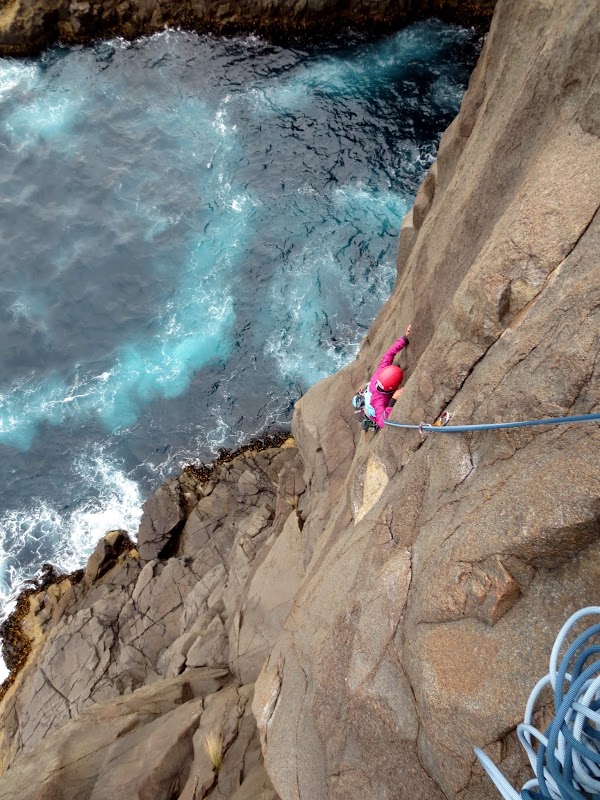 We camped out at Fortescue Bay, and then went on a nice walk to go climb The Moai, which is a happy little (30m) free-standing rock spire right by the ocean. It was a bit windy by the time we topped out. This pic is from the climbout, which itself was a fun couple of easy trad pitches. We also spotted our first venomous black snake on the approach. All of the Aussie snakes we encountered seemed much more polite than American snakes. :p

Will have to come back sometime to do the grand tour of Cape Raoul here. 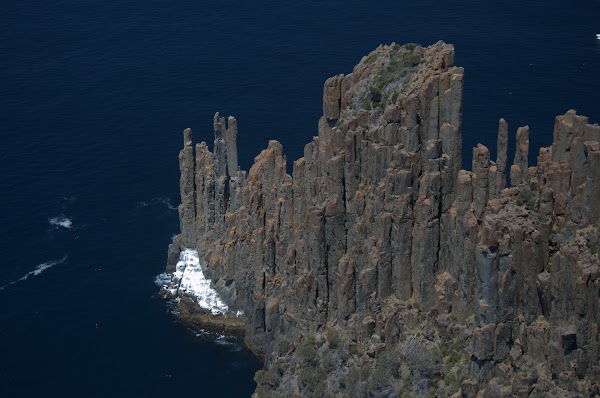 Looks like heaps of funtimes out here. Very spectacular place. 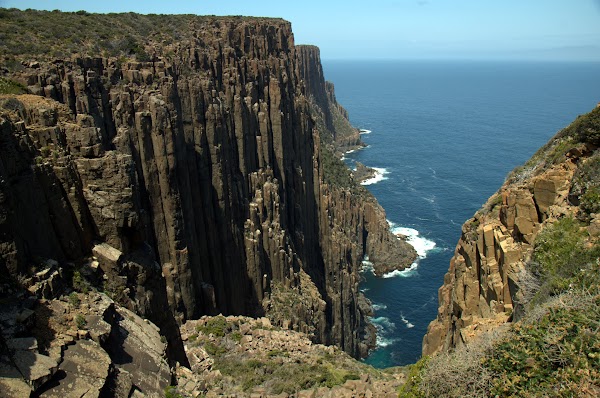 The Totem Pole, for the 5.12- semi-trad adventurers (which wasn't us at this time, but we did go kayak around in there a bit). 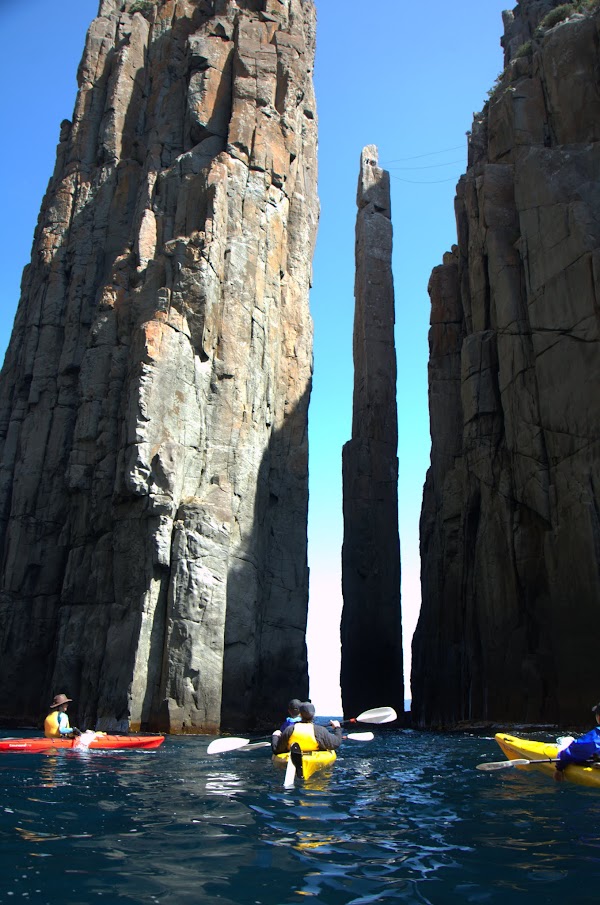 Then to the Freycinet, where we climbed a fun little trad route (Stud City) with some big underclings and some funny gear. 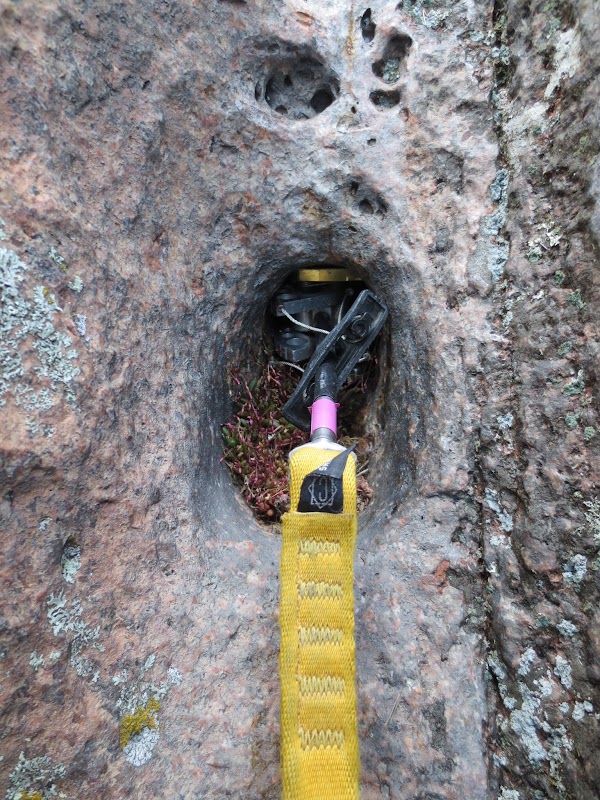 Back to the mainland, we ran up to the Grampians and Arapiles for a few of the old classic routes, including Blimp and the Watchtower Crack. It is definitely some fun climbing. If you're solid on ≥5.12 sport climbing then there are also some great looking new school walls like the Taipan Wall. 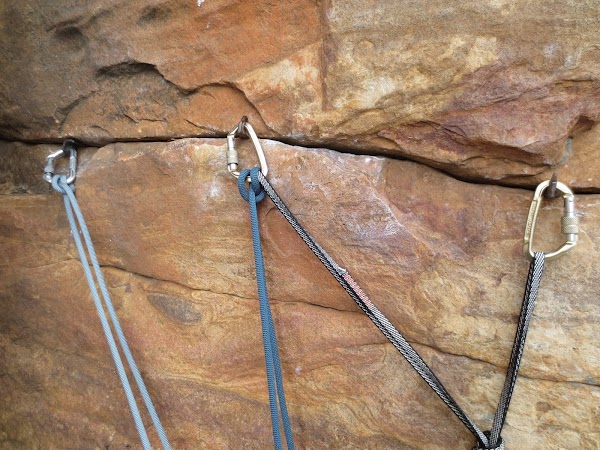 Then we trained back to the southeast coast (of Oz) for Christmas.
Luckily, there is climbing here too!

Here is a nice and testy little jam crack called Tenere, at Point Perpendicular, which is a pretty big collection of seaside routes including some nice trad climbs.

Followed by some crag rat sport climbing on nice sandstone at Nowra in 30 C+ temps and rock jumping into the murky orangeybrown Shoalhaven river (sorry no pix!)

Lots of cool stuff in Oz, definitely worth a few weeks! Especially in December, though if you ski or surf then YMMV.
Not quite ready to return to darktown yet, but we will have to pull through.

Cool! You did a lot of climbing in a few weeks. I think the biggest climbing trip I did when I was there was to Nowra. I went to Tazzy all alone and so had to live with scrambling and staring at the ocean pillars.
Top

WOw! Awesome report Justin. Not missing much at home unless you like hydrology reports from NOAA.
Top

Thanks fellers! Yeah we fit a lot of fun adventuring in between Chilaussiean reunions. I'm a lucky bloke

Woah the Sky's near flooding! You weren't kidding. Rain on the freshiez again eh?

Preparing for re-entry to the wet coast
Top

Watch out for sharks!
Top

A ≤2m slender gray shark came to check me out from below briefly while I was swimming near a little reef in Jervis Bay. Without goggles on I would never have known it was there! Getting chomped by a (bigger) shark sounds pretty shitty though, no matter how poetic.