This post is brought to you by: pressure breathers! PSCHHHHUUUUHHH

Hi friend skiers, in ur parks, skiing ur routez!

There are a lot of blessings in life. For one, I get to go ski mowtentouring with these happy people: 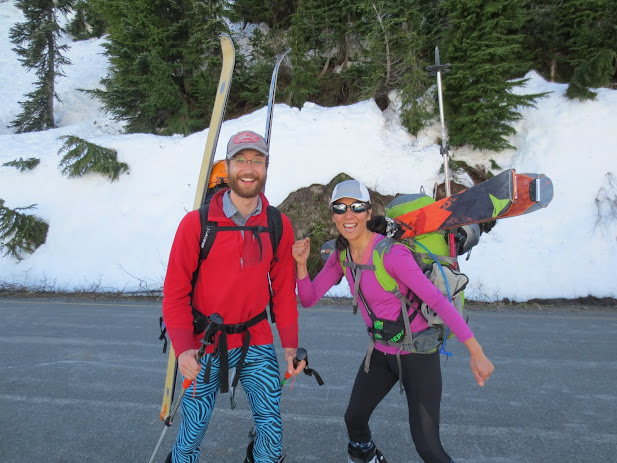 Another is that we can leave work at 2pm to go camp out all weekend, and that camping gets better with age and experience (at least for me it does.) 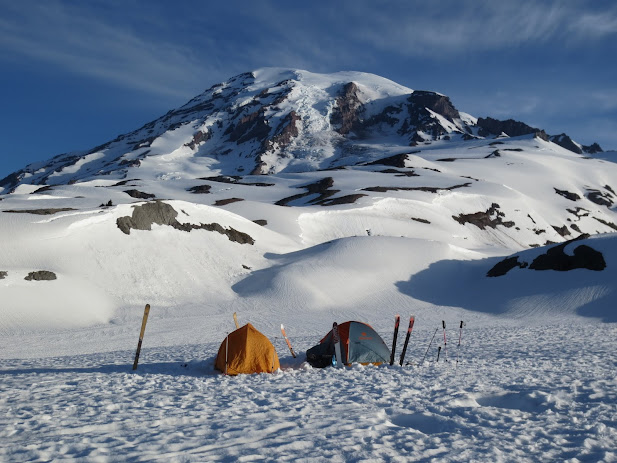 The weathers were stellar, but since we're not all in top shape, what we needed was to get out and clock some time on a reasonable objective. We opted to siege Little Tahoma via the low route from Paradise, as endorsed by Amar, and an idea thrown out by J Rey on a whim that we were happy to exploit in earnest.

We also took everything. Harness. Crampons. Whippets. An ice axe. Rope. Glacier gear. Jetboils, beacons, probes, shovels, radios, apples, peaches, carrots, onions, peppers, butter, oil, maté, honey, and don't forget the fresh garlic, luckily procured at the corner market while packing around midnight. I stuffed it all into two backpacks, and set out the fattest skis I had for the morrow's expedition to the deserted Stevens Van Trump Historical Monument, which is like a mile or so from the parking lot but feels like five or ten.

Following a beautiful sunrise and leisurely morning we moved camp up to Cowlitz rocks, in no particular rush. A float up the pristine Paradise Glacier yielded a brief view into the maw of the Muir superhighway, and acres of untracked corn slopes back to camp. A tinge of ski sickness even tickled my belly as the long wavelength slopes undulated underneath our feet. 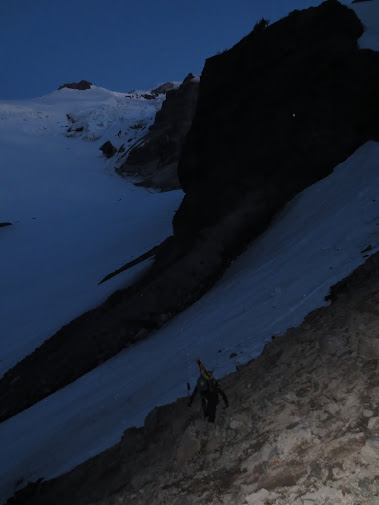 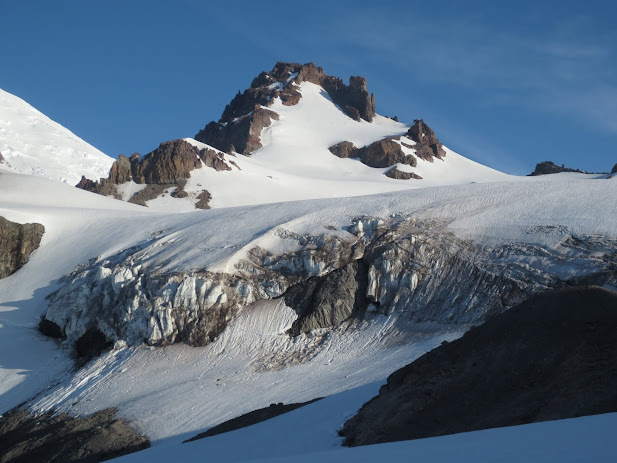 At first light we skied frozen rolls down into the giant void left by the apparently receding Cowlitz and Ingraham Glaciers, and gained the Whitman cornfield via an outflow gulley. Marveled at the view of Little T on our cruise over to the base, where 20+ mounties were commencing to posthole up the already slushed up face.

Skinning up the face at 9am. 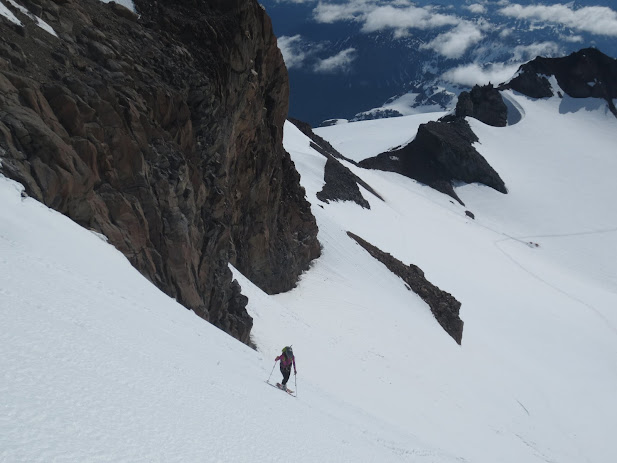 By 10:00 at 10k there were still multiple large roped up parties above us and millions of loose rocks. We lounged and watched some kind of tai chi-like demonstration of how to rappel a bottomless bootpack. Trés sublime!


Followed suit with our own sunny meditations 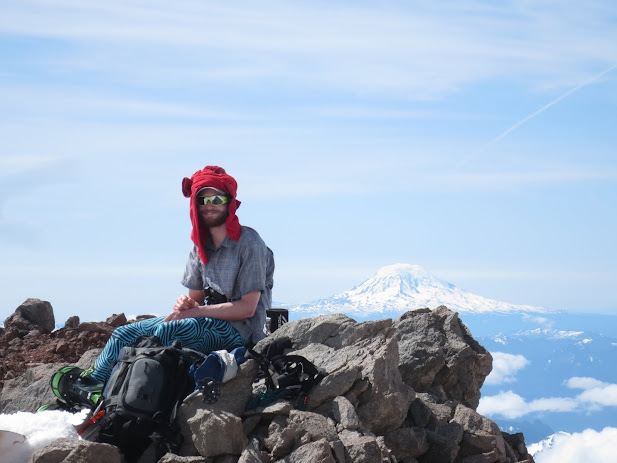 Later climbed up to an empty summit, decorated the exquisite choss block summit with the rope and slings we carried up there, and then tromped and slid down the broken slush fingers left on the S face like little kids en route to our skis and continuous snow. 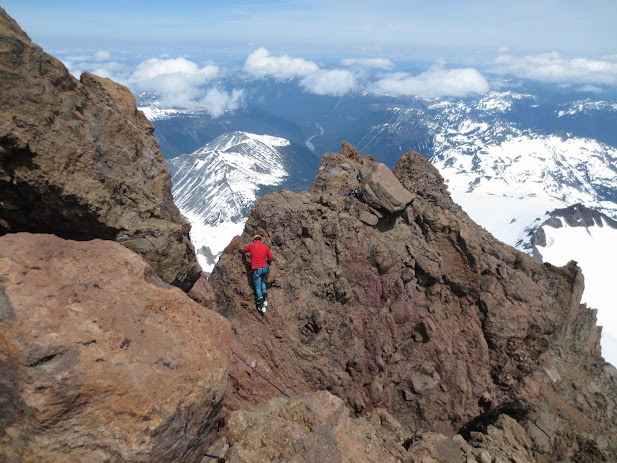 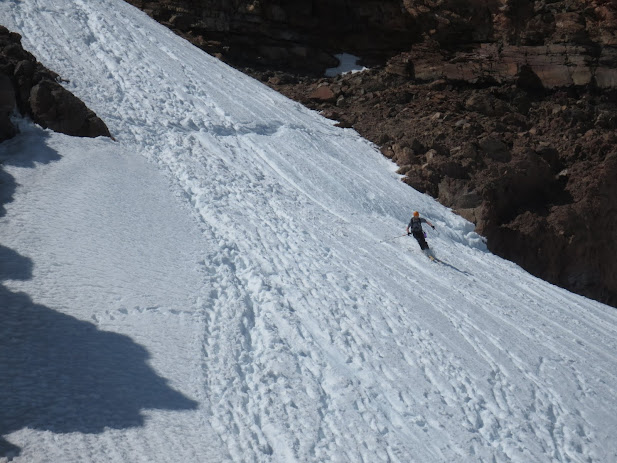 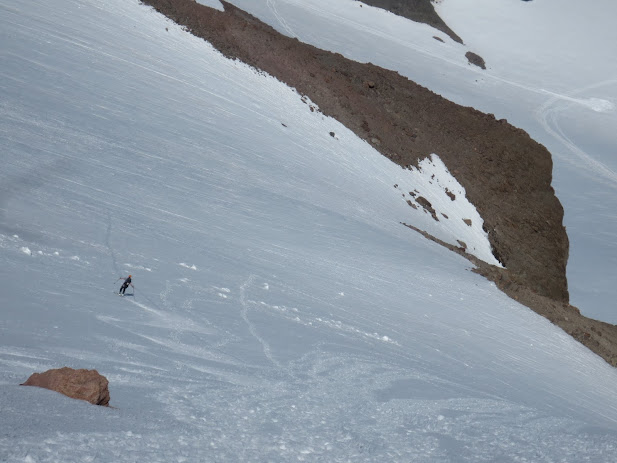 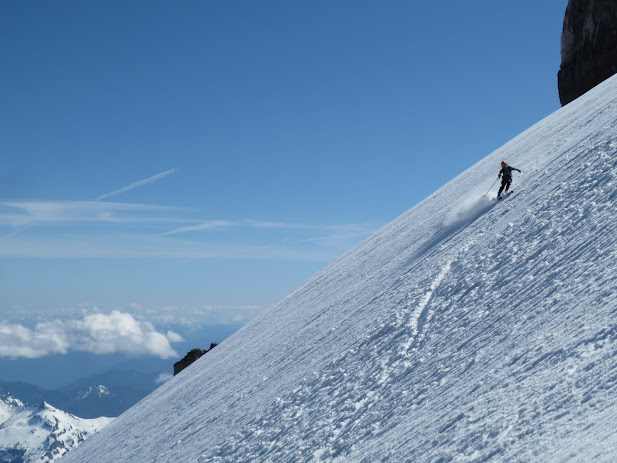 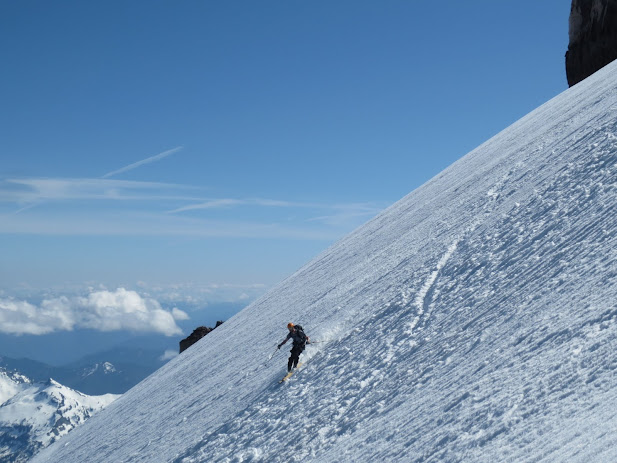 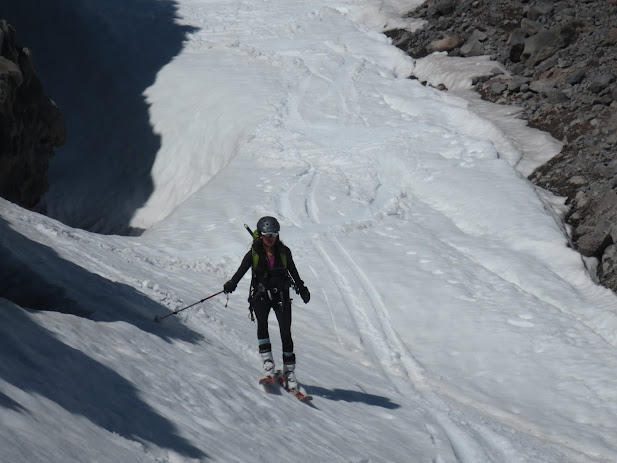 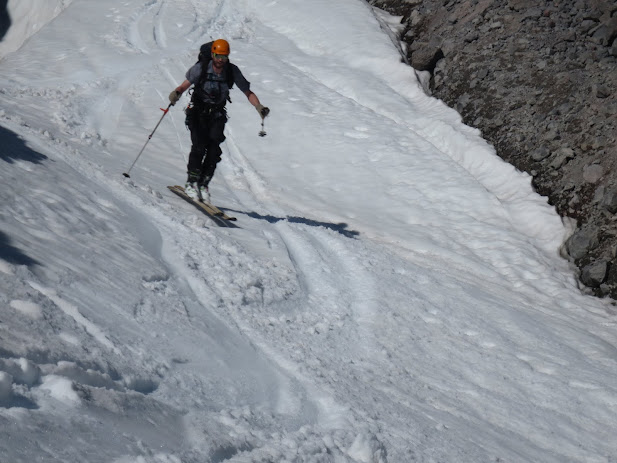 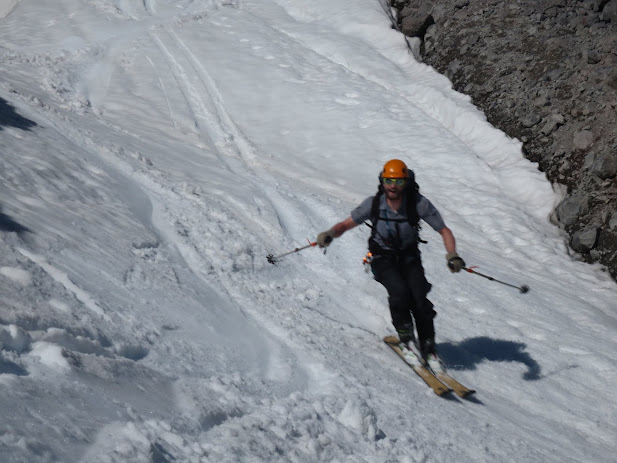 Plenty of time to break down camp and ski back to Paradise under lovely sunset skies. 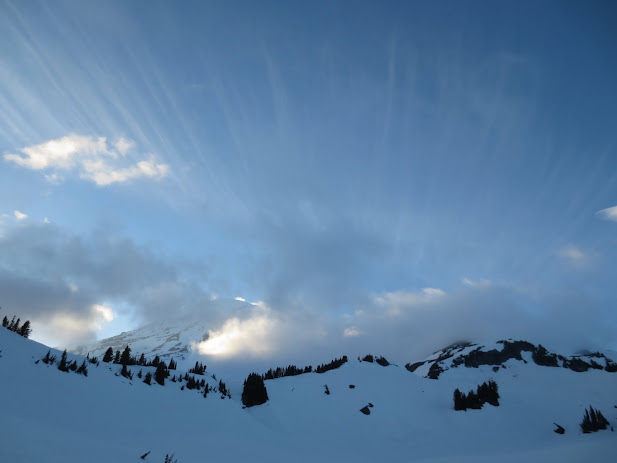 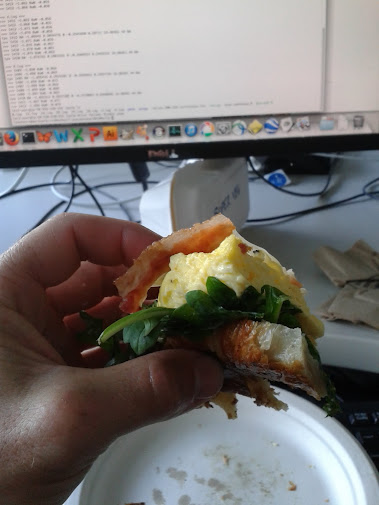 Looks like good times, Justin. Nice job with the multimedia there, too.
Top

I dig slow and heavy, especially with amplified music and whole pineapples.

No doubt, Samy sends! I think this trip roughly doubled her total number of hours touring.